Food and travel are now as inseparable as an airplane and an airport. Wherever you go, you will still have to eat in a new place and the food will somehow tell you about the local culture and habits. The gastronomy of the country can also be the reason for the visit. We have selected 9 countries that, in our opinion, are the most attractive for culinary travel.

A country located at the crossroads between India, China and Oceania. Thai cuisine, on the one hand, is not like any of the neighboring ones. On the other hand, it has been formed and absorbed the best that the region and its traditions are rich in.

Spicy soups Tom Yam, Tom Kha Kai and Pad Thai noodles are in the TOP 10 (and often TOP 5) of the most delicious dishes in the world.  Of the auxiliary ingredients – fish and soy sauces, shrimp paste, sesame and palm oil, cilantro, endless chili peppers.

lime juice. Fish, poultry and vegetables are stewed in a wok, grilled, dipped in boiling oil, eaten in the form of soups, seasoned with various sauces. Noodles stand apart – rice noodles of all sizes, yellow egg, wheat, thin, thick, steamed, fried, stewed with vegetables, seafood, a mixture of spices and sauces. Add here all the tropical fruit and berry variety – and Thailand boldly gets No. 1 in the ranking of gastronomically attractive countries.

Every region or even city in Italy can boast that it was here that they first cooked a product (Parmesan! Pecorino! Mortadella! Salami! Pesto sauce!) Or came up with a recipe. And they not only invented it, but also made it world-famous and desirable.

The most gastronomic country in Europe, in every corner of which it is worth trying a separate specialty. And as a link everywhere. Try pizza only in the south (in the north it can be a place as an exception, and then, with southerners as the management of pizzerias).

pasta al dente is also only in the south, because they eat dry there, and in the north they mostly prefer pasta Fresca – ” wet” (fresh), which is produced from soft varieties and cannot be al dente. For risotto, go north exclusively. What drink? Of course coffee! This is where the Italians excel, from the perfect roast to the drink in your cup. To him – tiramisu. Perfect! It is also worth adding a visit to at least one winery to your travel plans.

Olives, octopus, pink tomatoes, cheeses and freshly baked bread. The true taste of Greece is combinations, additions, mixes and the best combinations of local and fresh products. Vegetables, fruits and everything that the sea gives turn dinner into the culmination of the day. Be sure to try the refreshing white wines from Santorini or the fragrant white moscofilero from the Peloponnese. And in the evening – ouzo, local aniseed vodka.

Chinese gastronomy ranges from a street food stall in the suburbs to a 5-star hotel restaurant. Street food is full of mouth-watering kebabs and Chinese jiaozi dumplings, as well as obscure foods that, at first glance, you are unlikely to even eat.

Fresh vegetables and fruits throughout the day to balance the balance with spicy meat and spicy fish dishes for lunch and dinner. Rice is revered here, but more often in the form of noodles, which accompanies almost every meal. Regionally, the cuisine varies, reflecting the history of the area and its geography.

The French have long been famous for their food, and French cuisine has always been an example of excellence. From the obvious cheeses and pastries (baguettes! desserts!) to snails and truffles. It will be interesting to explore any region, the climate and geography of which historically made up the culinary mosaic in each. Eel, poultry, mushrooms.

cream cheeses, beans, honey, mustard, potato and pork dishes in the north of the country. Sweet and marinated meats in white wine, sausages, garlic, offal stewed or baked in the oven with onion and vinegar, and potato casseroles in the East. Oysters, beef stew, fish with garlic sauce, cod and anchovies, crème brute in the south. Desserts, fish and other seafood, vegetables, fruits, jams in the west.

Food in Spain is a national cult, powerful traditions with ancient roots. Each province has a national treasure. Sardines and trout in Cantabria, beans in Asturias, octopus as a symbol of Galician cuisine, meat in Castile and Extremadura. Catalonia is fish soup, grilled meat and fish with a variety of sauces, paella, honey sweets, as well as the use of all kinds of spices – from cumin to saffron. And remember, dinner is the main event of the day, which starts at 20-21 pm.

Mexican cuisine has a Spanish twist, a French twist, and a bit of African influence. Corn and legumes play a major role here. Taste street delicacies, wander the markets in search of local fruits and the freshest spices – from vanilla to the hottest chili in the world, visit haciendas turned into hotels, and scout out several restaurants with Yucatan cuisine.

The closer to the north and mountains, the more thick and meaty Indian cuisine becomes. Almost all the food here is healthy and wholesome, because in India they are not fond of deep-frying (unlike other neighboring countries from Southeast Asia). Rice and legumes are most often paired with vegetables and chutneys. Pay attention to the “Asian paella” – biryani, a variety of curries, sweets and fall in love with masala chai – spicy, milky and a little sweet.

The first thing to do here is to break the language, trying to read the names on the menu. But you shouldn’t give up. Most establishments in the country are divided into specializations – yakitori (grilled skewers of chicken, vegetables), sushi and sashimi (raw fish), tempura (fried dishes in oil or deep-fried) and noodle bars. But in order to feel all the traditions at once, it is worth appreciating kaseko – a traditional Japanese lunch with a change of courses. The meal that often accompanies a tea ceremony is impeccable in every way – 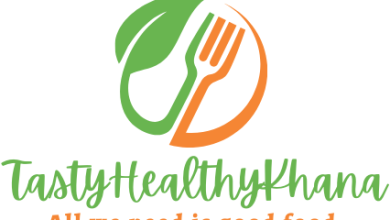 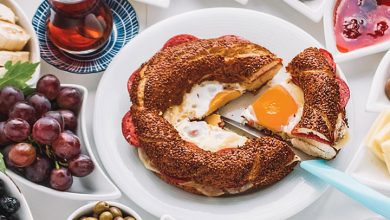 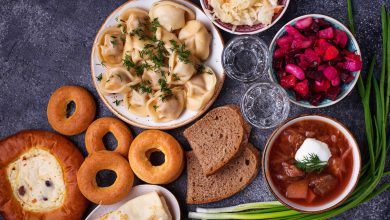 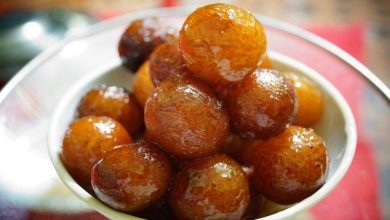 The best sweets in the world