In today’s world, where the restaurant business is in its prime, it will not be difficult for us to dine on French, Peruvian or some South African cuisine.  However, within the framework of today’s fashion for a healthy lifestyle, it will not hurt to know which cuisines of the world have a beneficial effect on health and figure, and which ones, on the contrary, should not be particularly carried away.

By the way, Japanese cuisine is not only sushi and rolls, which we are used to ordering in Japanese restaurants, but even vice versa – in the daily diet of the Japanese, these dishes occupy far from the first positions. And everyone’s favorite California and Philadelphia rolls cannot be found there at all.

The choice of healthy foods in moderation is a national feature of the culture of the Land of the Rising Sun. In Japanese dishes, the main ingredients are fresh fish and seafood.

buckwheat noodles, vegetables, beans, rice, matched green tea. It is not for nothing that the Japanese diet, developed by a Tokyo clinic nutritionist Naomi Moriyama, is now very popular all over the world, which promises effective weight loss in 2 weeks.

The cuisine of the Middle Kingdom is famous for its abundance of vegetables and fruits, whole grains and legumes. The main ingredients of many Chinese dishes are daikon radish, Chinese cabbage, soy, ginger, garlic – everything that contains vitamins K.

B and E, minerals and proteins. Many dishes are steamed or stewed, but Chinese chefs love to fry food just as much. However, an important feature of Chinese cuisine is fast frying, during which the oil does not have time to be absorbed into the food, and the products retain all the useful components.

Rarely where else can you find such a variety of dishes from simple local products: vegetables, fruits, beans, whole grains, fish and poultry, nuts. At the same time, Mediterranean cuisine completely denies the idea that everything tasty is always harmful. And salt in the dishes of these countries is often replaced with herbs and spices.

Rarely where else can you find such a variety of dishes from simple local products: vegetables, fruits, beans, whole grains, fish and poultry, nuts. At the same time, Mediterranean cuisine completely denies the idea that everything tasty is always harmful.

And salt in the dishes of these countries is often replaced with herbs and spices.

Despite the variety of buns, croissants and numerous desserts, French cuisine boasts a considerable number of all sorts of goodies.

As for cooking, in France all types of cooking are preferred to be baked without oil, as a result of which the food is deprived of saturated fats.

Cuisine of the countries of the Near and Middle East – no!

Armenia tops the list of countries with the most unhealthy diet. Turkmenistan, Uzbekistan and Kazakhstan follow. Pilaf, shawarma, baklava, various stews – all these dishes cannot boast of low calorie content and a wealth of unsaturated fats.

The traditional diet of these c

countries mainly consists of fatty meat and dairy products with a minimum amount of vegetables and fruits. And despite the fact that the warm climate of, for example, Turkmenistan allows the country to grow tons of watermelons, grapes, tomatoes and other vegetables, most Turkmen do not eat them often.

Moreover, meat and beer in the Czech Republic are obscenely cheap, so being a vegetarian and a teetotaler in this country is almost impossible. That is why it has been confirmed that high cholesterol, hypertension and problems with the gallbladder are characteristic of almost all adult residents of the republic.

In a warm bathrobe, tying a towel or scarf around your head, go straight to the enchanting smell – to the place where cheese melts with love, and spices reveal their soul in a new way with every spoon.

To plunge into the coloring with your head – so that until the evening you put your fingers in a fistful and admire – means to arrange an unusual morning: turn on the right music, hang a poster or put a picture of a famous Georgian artist on your desktop screensaver.

Even if there is a city outside the window, and not mountains, the sea does not splash at your feet, and there are no cocks in the yard, a piece of Georgia can be inside everyone.

In Georgia, it is customary to feed tightly at any time of the day, and make tables so that there is no empty space, so a homemade Georgian breakfast claims to be our usual lunch or dinner. Three or four meals at a time is a sign of good appetite and health.

The most delicious khachapuri comes from Adjara. There they are made from dough, which is pulled out by a boat, and cheese with an egg slightly seized in the oven or oven. It is necessary to eat Adjara khachapuri correctly: break off the edges with your hands and dip them into a thick core of melted suluguni, eggs and butter.

For the filling: coarsely grate the cheese, add an egg and 20 grams of butter to it.

Roll out portions of the dough into an oval five millimeters thick, pierce the dough around the perimeter with a toothpick to release excess air. Put about 150 grams of filling in the center and pinch an oval in the shape of a boat.

Put khachapuri in an oven preheated to 220 degrees for 15 minutes, a minute before it is ready, break an egg into the middle of the pie so that the yolk remains in the center.

Before serving, place a couple of pieces of butter on top of the egg yolk. 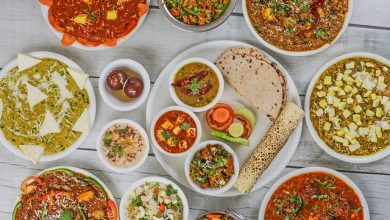 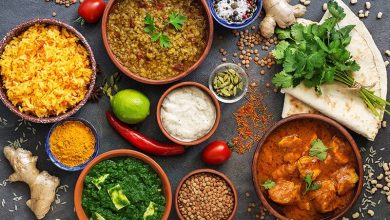 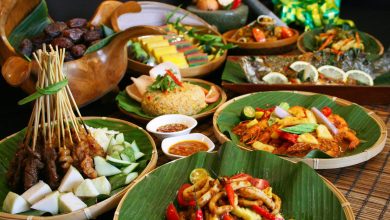 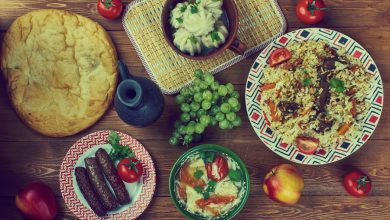