The territory with different geographical and climatic features has contributed to the diversity of the menu.

Photos of traditional Russian dishes look appetizing. But the efforts of photographers do not convey the rich flavors of Russian cuisine. Where to start if you decide to get acquainted with the culinary heritage of Russia? Let’s not get hung up on geographical subtleties and name the 10 most delicious dishes that you need to try in Russia.

When you remember the names of Russian dishes, dumplings are the first thing that comes to mind.  The shape of dumplings resembles an auricle – from this similarity the name came, meaning “bread ear”.  Served with or without broth. Mustard, sour cream.

This delicious dish is cooked on a broth of meat, mushrooms, fish. Sour-salty foods must be added to the broth: cucumbers or mushrooms, olives, lemon, brine. Boiled or fried meat, corned beef, smoked meats or sausages are put into the meat broth.

The fish version includes salted, boiled or smoked fish, most often sturgeon. Mushroom hodgepodge is prepared on the basis of edible mushrooms. A lot of greens are added to the hodgepodge, cabbage, carrots, potatoes – this dish is a kind of rural stew.

Sachi is a traditional Russian food. This is a soup with a characteristic sour taste. Usually cabbage soup is prepared from sauerkraut, adding brine. There are green cabbage soup made from sorrel. The soup preparation technology is simple: prepared ingredients are put into boiling broth without preliminary heat treatment and boiled. Only sauerkraut is stewed in advance until soft. In cabbage soup, like other dishes of Russian cuisine, greens and roots are added.

It is a cold soup made from diced vegetables, pickles, meat or fish. Previously, it was made from the remains of blanks. Therefore, there were several types of meat (poultry, beef, pork) and different cooking methods (boiled, fried, smoked). Now boiled beef.

chicken or sausages are used in okroshka. Add fresh or pickled cucumbers, boiled potatoes, carrots. Then the meat and vegetable mixture is mixed with spicy dressing.  Before serving, the dish is poured with kvass and a spoonful of sour cream is added. In the classic version, a tiny kvass is used for pouring, but it is often replaced with bread kvass.

If you come to Russia, be sure to try Russian dishes from this fish. Sturgeon moved to the table in the royal family, was considered a privilege of the nobility.  Sturgeon is a source of valuable black caviar. Now they have learned how to grow this fish in special fish hatcheries, so the sturgeon population in nature is gradually recovering.

Borsch can easily be called the main Slavic soup. It has long been shared between traditional Russian and Ukrainian cuisines. No wonder, because the history of the borscht recipe dates back several centuries. They say that for the first time they began to cook it in Kieran Rus in the XIV century. There are a lot of varieties of borscht, but traditional borscht is a soup based on beef or pork broth with the addition of vegetables – beets, cabbage, carrots and potatoes.

Borscht is served with dressing, usually cream or sour cream. In addition, pie or pampushka can be served with borscht, and Ukrainian borscht is eaten with rye bread and lard.

This popular dish is based on meat that is cooked on fire for a long time. For jelly, those parts of the body are chosen that contain a lot of gelling substances (head, legs, ears, tails). You can put the meat with spices to cook overnight over low heat, and in the morning separate from the bones and add to the broth. Meat with broth is poured into molds and cooled. Sometimes chopped boiled carrots, garlic, and a boiled egg are placed in jellied molds.

This is the famous Russian food made from fried thin dough. Initially, pancakes were considered ritual food, they were prepared for Shrovetide or for a commemoration. The round shape of pancakes symbolized the sun, as well as the circle of life, the cycle. Over time, the ritual meaning of pancakes was lost, they began to bake for any reason. Pancakes are served with honey, butter, jam. Analogues of pancakes among other peoples – pancakes, crepes. 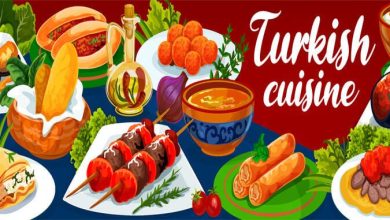 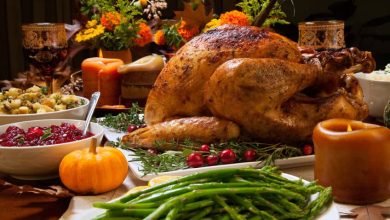 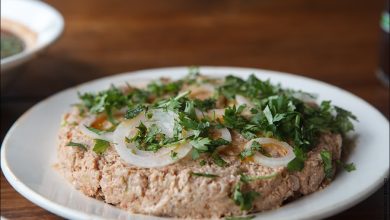 best healthy breakfasts for every day