Modern high cuisine suggests that a chef who seriously claims some kind of recognition, whether it be a place in the ratings or an active interest in the press, must be an author and create his own recipes. The most successful inventions, as a rule, quickly “go to the people”.

spreading to the cuisines of the whole world thanks to cookery congresses and Instagram. Time Out has compiled a list of dishes that have had the greatest impact on the minds and plates of chefs, including domestic ones.

The chef of the Mir Azur restaurant, which took first place in the 50 Best rating this year, considers beetroot with black caviar to be one of his best finds. And rightly so: this is an extremely successful continuation of the “poor-rich” line.

which haute cuisine figures are so fond of developing. Think of Thomas Keller’s iconic recipe of oysters and penny tapioca or Massimo Bottarga’s truffle potatoes. Sweet baked beetroot and salty caviar are intertwined in a harmonious duet, which, in addition, meets modern trends: everyone loves black caviar, is interested in vegetables and loves to post beautiful photos of food on Instagram.

Spanish chef Martin Berasategui is one of the founding fathers of the “new Spanish cuisine”: his idea to fry unpeeled red mullet fillet so that the fish scales rise from the heat and look like “crystals” drove many chefs around the world crazy for several years. the world.

In 1995, he came up with a dish that suddenly became a trend-setter for modern cuisine. The combination of foie grass and smoked eel turned out to be extremely successful: two products rich in umami, due to similar textures, mutually enhanced the taste of each other.

and the addition of sour apple made the result not so greasy. This combination paved the way for all further combinations of “sea” and “earth” high-fat and umami ingredients, whether it be foie grass with lightly salted herring or salmon with salted lard.

Gargouillade, which Michel Bras conceived back in 1980 as a “snapshot of the fields of Aubrey” (the village where the restaurant is located), was, in fact, the first gourmet dish that defiantly placed wild plants at the center of the composition.

At the same time, the author abandoned a strict recipe: the ingredients change depending on the season. For example, its spring version may include ferns, young nettles, chickweed, wild fennel and a dozen wildflowers and herbs, as well as young vegetables. The dressing is always based on the broth from dried pork ham, which combines all this herbs into a single whole.

The dish has acquired a cult status also because for many years it has been serving as a serving model for several generations of chefs. Juicy multi-colored herbs-vegetables, as if casually thrown on a plate, are a common format for serving salads all over the world today: from nameless gastropubs to Noma.

Chef Mauritz is regularly criticized for overly complex and incomprehensible dishes, but no one questions his technical virtuosity. It is not surprising that in the wake of the craze for vegetarianism, his “vegetable carpaccio” spread around the world from slices of watermelon neatly dried in a light heat –

Andon Luis Auris came up with this recipe 10 years ago. After such processing, the watermelon looks very much like fresh beef, so the “vegetable carpaccio” has become, among other things, one of the bricks in the foundation of the current fashion for “tricks” – dishes that, like David Lynch’s owls, are completely “not than they seem.”

The most famous joke of Andon Luis Auris on the topic of “tricks” is a dessert in the form of Bibendum (the symbol of the Michelin guide), which is burned with a burner when served: this is how the chef expressed his attitude to the fact that he had not been given a third star for many years.

A less discussed but much more influential five-year-old idea is “edible stones”: small potatoes coated with powdered white kaolin clay (pure kaolin has no flavor of its own, but is quite edible, so it can be used in the kitchen). Thanks to this recipe, chefs all over the world urgently began to buy edible kaolin, preparing their own versions of “stones”. Auris himself has long preferred more abstract servings, but this has not affected the glory of the dish in any way.

In 2002, a very strange dish appeared on the menu of The Fat Duck restaurant – white chocolate with black caviar, beetroot jelly and mango puree. It was so unusual that Blumenthal soon wrote a separate column about it in The Guardian to explain its meaning.

Five years later, the Belgian biochemical project Food Pairing, which decomposes the smells of different products and checks for matching aromatic profiles, tested this pairing and found that white chocolate and black caviar do have a lot in common. Since these two products not only taste great, but also look absolutely dazzling next to each other, the spectacular pair has been used (and continues to be used) in the kitchens of the world more than once.

Blumenthal came up with an even more popular recipe in 2011 for the launch of his second restaurant, The Dinner, in London. “Meat Fruit” turned out to be phenomenally successful – The Dinner chef Ashley Palmer-Watts says that guests not only take pictures for Instagram, but also take selfies with it!

Since the recipe for “meat fruit” is in Blumenthal’s book, in recent years the idea of ​​​​a delicate pate (usually chicken liver, but variations are possible) in a bright fruit glaze has spread very quickly. Pâtés shaped like grapes, apples.

pears, tomatoes, plums (Blumenthal’s own Christmas variation) can be seen in restaurants from Hong Kong and Tokyo to Moscow and New York. Unfortunately, although the recipe is simple, it requires extreme care, so not everyone achieves the jewelry elegance of the original.

the best Chinese cuisine in Kiev 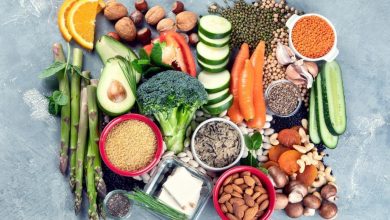 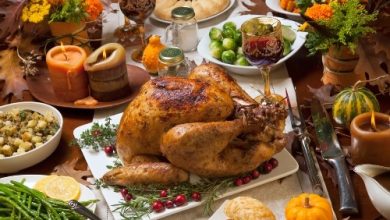 Food in Turkey – 8 Dishes You Must Try