In 2017, Russia imported food and agricultural raw materials worth $ 23.3 billion. For most important categories – such as meat, dairy products, vegetables – imports have significantly decreased after the embargo. However, for some products, even a small volume of imports can have a negative impact on the market.

Over the past five years, the volume of food and agricultural raw materials imported into Russia in value terms has decreased from $ 43 billion in 2013 to $ 23.3 billion in 2017 (hereinafter, the import figures are the data of the Federal Customs Service). First of all, this was facilitated by the weakening of the ruble exchange rate, and the special economic measures taken in response to the anti-Russian sanctions also affected. The food embargo, introduced in 2014 and continuing to this day.

For some items, the volumes of imports from these regions were significant, and the reorientation to supplies from other countries could not fully compensate for the dropped share of imports. An equally important role in the reduction of foreign food on the Russian market was played by the government’s strategy aimed at increasing its own production, which resulted in active support for agriculture. But, despite the decrease in imports, its volumes for certain categories of products remain noticeable.

In some market segments, the share of foreign products will always remain significant. First of all, this concerns positions that Russia, for one reason or another, does not produce or does in insignificant volumes due to natural and climatic factors. These are, for example, citrus fruits and bananas. In the top 25 products imported into our country in the largest value volume, which was “Agroinvestor”.

The category “fruits and nuts” and, in general, is the most significant in the formation of the total volume of food imports, despite the decrease in supplies since 2013 by more than $ 1.8 billion. Last year, goods in this segment were purchased abroad for only $ 4.6 billion, or more than 5.5 million tons. In the future, it is realistic to replace only part of this production. So.

the import of apples, pears and quince (up to $ 593 million), apricots, cherries and other stone fruits has already halved – 1.6 times (up to $ 388 million), nuts – 1.8 times (up to $ 170 million). However, for obvious reasons, it will not work to replace foreign exotic fruits. And even the grapes or pears grown in our country cannot be grown in the volumes necessary for the country in the near future.

According to the organization, now in Russia it is grown to 60-80 thousand tons per year with a consumption of less than 300 thousand tons. “Theoretically, we can bring the share of our own production in this volume to 50-60%,” he said.

“In order to increase the collection, large capital investments are needed, including in the construction of refrigerators, but so far money has not been going into this industry, despite the support provided by the state.” In addition, it is still difficult for Russian producers to compete with suppliers from Turkey and other southern countries, where the harvest appears earlier than in Russia.

“Russia can saturate the market with apples, increase the production of peaches, already now we provide ourselves with plums, cherry plums, and produce a lot of cherries,” lists Igor Mechanic, president of the Association of Russian Gardeners. – Although imports from more southern countries, in particular Azerbaijan, Iran, will always be present. The harvest of the same cherries there begins to be harvested already in April, but in our country not earlier than in mid-May.

and no one has canceled consumer demand yet ”. It is difficult and impossible to replace the import of apricot and pear in the near future. The first, although it grows in the south of the country, very often freezes during flowering: out of 10 years, the harvest is obtained once or twice, since the apricot blooms in early April, and in the same Krasnodar Territory, return frosts often occur until the beginning of May.

There is also a problem with the pear. This fruit crop needs varietal renewal. “The existing varieties are highly susceptible to diseases, and the import of seedlings cannot solve this problem: foreign varieties are not winter-hardy and very rarely survive here,” the expert says. “It is necessary to carry out large-scale selection work, and this will take many years and appropriate funding.”

For the same reasons, it will be difficult to increase nut production. For such items as pistachio, cashews, Brazil nuts and others, the share of imports is 100%, for hazelnuts and walnuts it reaches 90-95%, the founder of the Orekhprom company (Krasnodar Territory, one of the largest Russian processors of nuts and dried fruits) Aslan knows Hasher. “And only the production of the latter can we theoretically increase, since our climatic conditions allow us, the rest of our nuts simply do not grow,” he says.

However, for now, walnut growing in the country is not supported by a separate line, therefore, investments in the industry are made only point-to-point.
The same situation is with coffee and tea actively imported into Russia.  And last year, only 184 thousand tons of coffee was imported for $ 621 million (11th position in the rating), plus another 50.7 thousand tons of coffee extracts and concentrates for $ 398 million (21st place). Moreover, the import of these products over the past five years in physical terms has increased – from 188 thousand tons in 2013 to 234.7 thousand tons in 2017. Russia buys coffee in Vietnam (21.5% of total imports in 2017), Brazil (16.4%), Italy (13.7%) and Indonesia (13.5%).

Tea in the country in 2017 produced only 0.54 thousand tons, which is less than 1% of what the country buys abroad. Taking into account the fact that tea can be grown, in fact, only in certain areas of the Krasnodar Territory and Adygea, it will not be possible to increase its volumes by several times. The supply of imported tea to Russia has remained stable for several years in a row: more than 170 thousand tons last year (and this is the 14th position) and the same amount five years earlier, although in value terms its import during this period decreased from $ 657 million to $ 540 million Tea is supplied to our country by Sri Lanka (32.8%), India (23.4%), Kenya (13.8%) and China (7.6%). 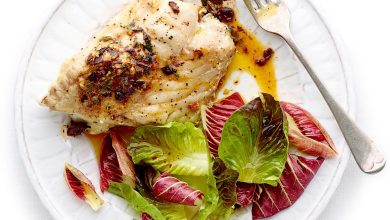 If the meat is tired: 5 healthy fish dishes that are easy to cook 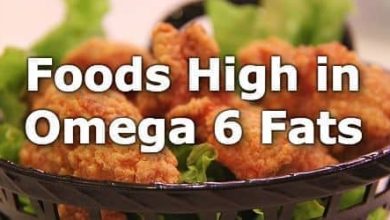 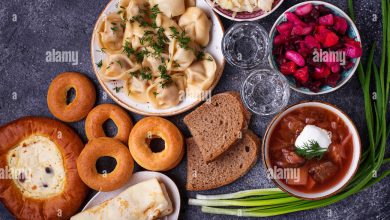 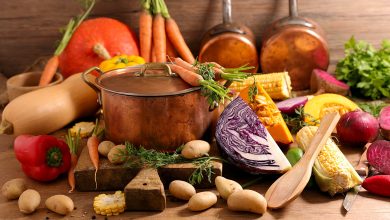