Indian cuisine is probably the oldest in the world. The civilization of this subcontinent dates back 5,000 years. Around 3000 BC, Aryan tribes from the north are reported to have invaded India and settled in the Indus Valley in what is now Pakistan. In the period up to 1500 BC, they created many city-states united by a civilization with a rich culture.

The preserved large urban warehouses for wheat and cotton point to the main livelihood of this flourishing crop – farming methods.

Formation of the national cuisine of India

During this period, the foundations of traditional Indian cuisine based on vegetarianism were laid. In addition to economic, there are also religious reasons for this – the Vedic tradition, which is rooted in Aryan beliefs, excludes the use of all meat, and accepts only milk from animal products.

This complex culture also creates the teachings of Ayurveda. In Sanskrit, it means “knowledge of life” and is a prescription for the use and combination of certain foods and spices, resulting in a daily but exceptionally tasty menu that is also healthy.

According to Ayurveda, people are divided into three types or constitutions – pitta, kaph and vat, each of which must adhere to the appropriate list of foods for their physical tone. This ancient doctrine has gone through many attempts to be destroyed by various conquerors of Indian lands over the centuries.

The vegetarian “foundation” of Indian culinary traditions survived the collapse of the city-state civilization around 1500 B.C. Historians testify that when Alexander the Great reached the territory of India in 326 BC, a new religion, Buddhism, had already appeared in these countries. According to its canons, human existence is a long succession of incarnations, and according to its behavior in the corresponding life, in the next one, a person turns into a higher or lower being. That’s why any animal can carry a human soul.

During the reign of King Ashoka (322-183 BC), Buddhism was declared the official religion of India, which made vegetarianism compulsory by law.

The last dynasty of Indian lands ends with the Gupta king 319-606. Subsequently, they were ruled by the Huns and Arabs, who left their mark on both the culture and the eating habits of the Indians.

The biggest “culinary twist”, however, comes with the Mongol invasion of northern India in the 16th century. After spending some time in Persia, they brought with them many of the features of Arab civilization – love of flowers and fountains, intricate details of architecture and a luxurious lifestyle.

And the most significant change, equivalent to a real culinary revolution, is that in the conquered northern territories, meat is quickly entering the consumption. The only prohibition, according to Muslim tradition, concerns the consumption of pork.

Meat dishes made from meat products preclude the use of veal due to the cow’s sacred status. There is still no exact explanation for the worship of this animal, but it is assumed that at some point in history the number of cows in India decreased and they become more valuable as a source of staple dairy products than meat.

All other meats and poultry quickly entered Indian cuisine. When two cultural traditions collided, interesting combinations were made – Arabic meat paired with spicy Indian vegetarian sauces. This is how curry with meat was created.

The popularity of tandoor dishes, also imported from Persia, was very high. Today they symbolize Indian cuisine. They use a deep clay pot – a tandoor, which is placed on a bed of hot coals. The heated pot is used as an oven, which mainly cooks meat dishes. They are characterized by a special marinade, which is made on the basis of yogurt. Tandoori dishes are prepared with coriander, cumin, garlic and curry.

To this day, India is divided both religiously and culinary. In the north, where Islam predominates, meat is prepared, mainly poultry and lamb. The Hindu South is quite vegetarian. Of course, in recent centuries, some religious taboos have faded a bit. Later conquerors – the Portuguese, who ruled Goa for four centuries – made their contribution, and the British, as colonizers, introduced new European traditions in food. Today, for example, India eats soups and drinks tea in English and this is also now Indian cuisine.

With the unfolding of the struggle for independence, led by Mahatma Gandhi, Indians are gradually beginning to look at their roots. After becoming an independent state, more and more Ayurvedic schools and pharmacies are being established in India with the active support of the government.

The dish consists of rice (in the south) or chapati – cornbread (in the north) served with mashed potatoes, vegetables and, for those who can afford it, yogurt sauce. Prepared with a variety of spices. Meat is consumed on holidays, there are no restrictions on fresh milk, fish, fruits and vegetables.  Pieces of flat bread are torn with fingers, and food is scooped up. For washing for each guest there are cups with flavored water. 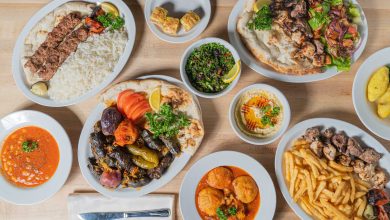 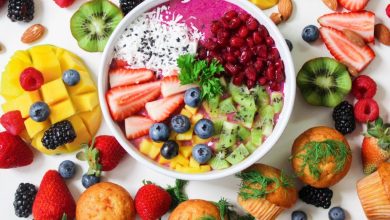 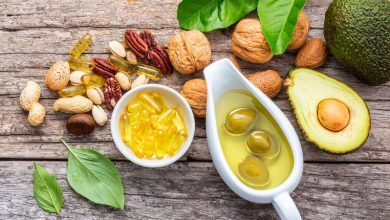 Top 7 healthiest foods in the world 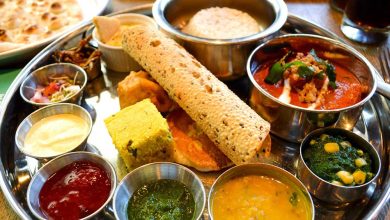