Nutrition experts recommend eating 3 servings of vegetables a day if you want to be healthy and live a long life. What vegetables should you prefer? Is it true that seasonal are the most useful, and how to use these same 3 servings – in the form of salads, stews or just fresh? Let’s talk about everything in this article.

The most useful are seasonal vegetables, because in the process of ripening in natural conditions, they accumulate useful vitamins and minerals, acids and other elements necessary for the human body.

They are produced in accordance with the terms laid down by nature under the influence of the sun, certain temperatures. For example, for the accumulation of antioxidants in vegetables, sunlight is needed for a certain time. Vitamins are also synthesized only under bright sunlight, and very few of them are formed under artificial lighting. As for trace elements, greenhouse vegetables contain only those that they were “given” with fertilizers.

When growing vegetables in a greenhouse, these terms are usually reduced, and the use of special formulations ensures external maturity.  Nitrates, growth promoters and antibiotics are hardly among them.

Meanwhile, most vegetables absorb them. For example, tomatoes are among the top 10 vegetables that are prone to nitrate accumulation, so off-season greenhouse tomatoes are likely to be high in nitrate.

Ripened at your own dacha (or bought in the season on the market from summer residents) pepper is more useful than what was brought from warm countries, even if it grew in natural conditions.

For transportation, vegetables are usually harvested unripe, otherwise they will begin to rot during the delivery process. And to give them the look they need on the shelves, vegetables are “pumped up” with various compounds.

But even with normal storage in vegetables, vitamins B and C are destroyed over time. They are best preserved when frozen. And although it is impossible to create shock freezing at home (as in factories), at least you will know which vegetables you are freezing.

By seasonal means those fruits that naturally ripen in a particular season. For example, in May it is radishes and greens, by the end of June it is cucumbers, zucchini, young carrots, cabbage. In July, the first tomatoes appear, at the end of summer – potatoes (although the young root crop reaches maturity by the end of July), pumpkin, onions, and garlic.

Among the most useful seasonal vegetables, carrots are invariably distinguished.  It is a precursor to vitamin A and is essential for healthy hair, nails, and good vision in the dark. Carrots are useful for pregnant women, since beta-carotene is involved in the structure of fetal cells. Also, an orange root crop contains zinc, magnesium, vitamins C and E. You should choose dense, bright orange root crops, as they contain more nutrients.

Another useful seasonal vegetable is tomatoes, which are often called a natural pressure stabilizer. This property is made possible by the combination of potassium and a reduced amount of sodium in the vegetable.

Tomatoes do not cause a sharp increase in blood glucose, and therefore are allowed for diabetes.  Finally, due to the presence of soft fiber in the composition, tomatoes act as a mild natural laxative.

Eggplants also contain a significant amount of vitamin C. And they also contain potassium and fiber, which makes it useful for the heart and blood vessels, helps to lower the level of “bad” cholesterol. Purple vegetables, by the way, are rich in anthocyanins, which have an antimicrobial, cleansing effect.

Beets are characterized by a similar antioxidant property and the ability to cleanse blood vessels. And phytonutrients, also found in zucchini, increase testosterone levels in men.

Such a seasonal root crop as potatoes has recently been undeservedly persecuted by the “healthy lifestyle”. However, this vegetable contains a large amount of vitamins B and C, as well as starch. Starch is necessary for the synthesis of prebiotics, which provide beneficial intestinal microflora.

Autumn pampers with another useful seasonal vegetable – pumpkin. It contains beta-carotene, vitamin C and unique vitamin T, which is not found in other vegetables. There is also vitamin K, pectin.

The tender pulp of the vegetable has a beneficial effect on the nervous system, has vasodilating properties, and has an anti-inflammatory effect. In addition, this product gives a feeling of satiety, but at the same time low in calories and almost does not cause allergies.

In conclusion, I would like to note that even the most healthy vegetables have contraindications. For example, healthy beets are contraindicated under reduced pressure. During acute periods of diseases of the stomach, bladder, pancreas.

a therapeutic diet is indicated that excludes the consumption of vegetables. The acids contained in them cause exacerbations of the disease, and fiber is difficult for the assimilation of weakened organs. As the remission progresses, boiled vegetables are first included in the patient’s diet in the form of mashed potatoes, and then gradually and fresh.

Finally, you should remember about moderation in consumption and individual intolerance to certain vegetables. In diabetes mellitus, all vegetables can be divided into 3 groups, and products of the first group are allowed for consumption, sometimes products of the middle group.

The first includes those that have a low glycemic index (up to 50 units), the second – the average (up to 60 units). Among the allowed vegetables are cucumbers, carrots, zucchini, eggplant, corn. Banned potatoes. It will be successfully replaced by Jerusalem artichoke, which is not only allowed for diabetes, but also helps to lower blood glucose levels. 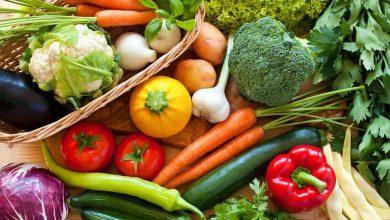 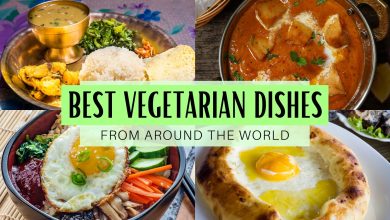 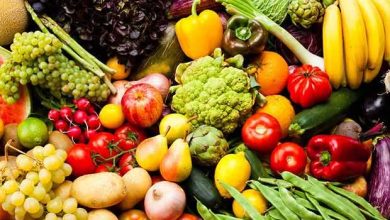 Eat vegetables and fruits – these are the best foods!