Street food in Mauritius deserves special mention. Street food is found almost everywhere, and it is in this category that the most popular dishes of Mauritius belong.

Drinks in Mauritius – both alcohol and traditional non-alcoholic – also deserve a separate story. Therefore, the article from a small gastro review of the features of Mauritian cuisine has grown into a full-fledged food guide on the island with a list of what you should definitely try.

Features of Mauritian cuisine: what you need to know

The vast majority of dishes in Mauritian cuisine were borrowed, but still they acquired features characteristic only of the island. The main such feature is that seafood is often used in recipes for meat dishes: fish, shrimp, octopus and a variety of shellfish.

Seafood is widely added to curry – a sauce with a complex combination of spices (turmeric, ginger, cumin, coriander, chili, black pepper, fenugreek, cinnamon, nutmeg, etc.), which is usually served with rice. Curry is eaten everywhere in Mauritius, and in each case the method of its preparation is somewhat different – the filler (from vegetables to shrimp or deer meat), a set of seasonings or other qualities.

Mauritian cuisine, especially Indian and Chinese, is quite spicy. Chili peppers are added everywhere here, even to dishes that seem to be completely unsuitable for this – for example, to fruits (pineapples and mangoes). If you don’t like excessive spiciness or don’t like your stomach, warn before cooking that it is served without pepper, no chili. When it comes to Creole cuisine, you can also use the expression pah for, “not spicy.”

Bread is rare in Mauritius, except for French baguettes. The usual bread is replaced by a variety of cakes – puri or roti. Therefore, you should not ask in English to bring bread, bread. It is quite possible that instead of “bread” they will hear “wild herbs”, bredes, and bring food that is even thicker seasoned with spices than usual.

Some dishes in Mauritius are served with chutneys – Indian sauces made from vegetables and fruits, mashed raw or boiled. Coconut chutney and tamarind sweet and sour sauce gained particular popularity. Also, the meal can be accompanied by achar – a mix of vegetables in a marinade of turmeric and mustard seeds.

It is difficult to call acar salad, because you can’t eat much of it, but it is used as an appetizing appetizer or as a filling for flatbread.
Mauritian cuisine also uses unusual ingredients such as deer or monkey meat. But most often meat dishes are represented here by chicken.
It is easy to find food for vegetarians and vegans in Mauritius.  Many street snacks, which in other countries are made from chicken, bacon or cheese, are plant-based here.

If you are on a diet or traveling with children, hotels and many restaurants offer a larger selection of international dishes. In addition, in Mauritius there are establishments with the usual choice of fast food.

Among Mauritian dishes, there are options for a wide variety of tastes, and even if you don’t like the whole selection, you can always choose something from it personally for you. Below is the Top 10 Mauritius food – or at least the most popular or authentic.

Ming frit is a dish that comes in dozens of different variations in Mauritius. It is of Chinese origin. It is deep-fried (WOK) egg or rice noodles, to which oyster and soy sauces are added, as well as a variety of fillers. These include vegetables (such as cabbage and carrots), chicken, shrimp, and sliced ​​scrambled eggs. At the same time, unlike scolding, many different ingredients can be mixed in one serving of noodles.

The best min frit is served in Chinatown in Port Louis. But you can taste it all over the island, both at the table and to take away – this is a popular type of street food.

Bol Renvers is also of Asian descent. Sometimes the renvers ball is even called “magic”, magic bowl. I’ve seen the name and the Super Bowl. The reason for this is an unusual serving, in honor of which it was named – “overturned bowl” or “upside down bowl”.

The secret of the ball renvers is that the ingredients are laid out in a certain sequence in a deep semicircular bowl and are served at the table in this form. Before you start eating, the waiter will turn the bowl upside down – and the ball renvers will remain on the plate in a neat dome. This dome is then topped with scrambled eggs or scrambled eggs, although in some cases the egg layer is initially placed in the bottom of the bowl.

In addition to the egg, the bol renvers has two main layers: basmati rice at the base and a layer of stewed vegetables, meat and seafood above it. With the exception of rice, the combination of ingredients can be very different. There are also vegetarian options, including mushrooms. The recipe with chicken, carrots and corn on the cob is considered a classic.

In Mauritius, freshwater camarone shrimp are grown, which are the basis for a popular dish of the same name – “camaron”. Somewhere they are simply grilled and served with vegetables and rice, and somewhere they are stewed in a spicy sauce.

Mauritian biryani is a complex and very filling dish of rice, potatoes, vegetables, meat, eggs, unsweetened yogurt and a mixture of seasonings dominated by saffron, cardamom and cumin. Once it was prepared only on major holidays because of the laboriousness and high cost, but now you can try biryani at any time. Prepared according to a simplified recipe, it is even sold by weight in large supermarkets, allowing you to save on restaurant visits.

Biryani is prepared in several stages: the ingredients are first fried or boiled in separate containers, and then mixed and combined in a large deep pot or cauldron, where they reach readiness. 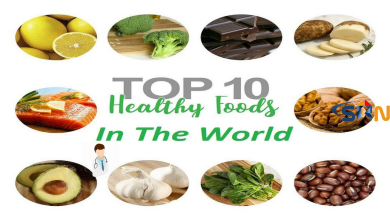 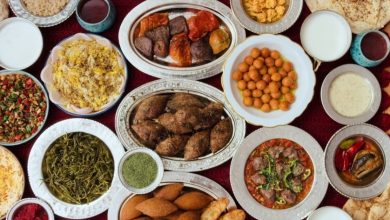 Turkish cuisine: tasty dishes not to be missed 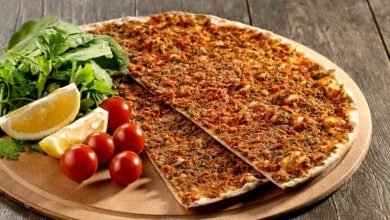