For the residents of the country, this is a family holiday, but students living in Russia do not have the opportunity to fly home, and they have fun away from their relatives as best they can.

A Moscow State University student celebrated the New Year with her Chinese comrades a few years ago. Now she told Gazeta.Ru how she cooked spicy soup for the first time, watched the Chinese “Blue Light” and realized that the Chinese do not know how to drink.
Chinese New Year (Chunni) has never been a holiday for me until I once spent it with students from China who study at our university.

At school, you are unlikely to start a dialogue with them, but when you live in the same hostel, contact is established very quickly. Communication is mainly in English, sometimes mixed with Chinese, because it usually turns out that students from abroad have just arrived to study Russian in a year-long university course before entering.

On New Year’s Eve, which usually falls at the end of January or the beginning of February, together with my classmate and two other Russian guys, we went to a restaurant in the company of six students from China. The greatest concentration of “real” Chinese restaurants is located in the area of ​​Moscow State University, Ramani and Vernadsky Avenue – due to the fact that most of the students coming from China study at Moscow State University.

By the way, they simply explain the choice of an educational institution – in their opinion, this is the best university in Russia, and the Chinese love all the best.

We, in a company of ten people, went to a restaurant on Vernadsky Avenue. The establishment was on the second floor of a two-story building above a grocery store, hairdresser and pharmacy. You go inside through an iron door.

go up the gray tiles that are cracked in places to the second floor, again an iron door – and you find yourself in a colorful Chinese café. What made it bright was not the décor, which resembled a restaurant in a three-star hotel in Turkey, and not Chinese decorations, by the way, they were not even on the occasion of the New Year, but the people who were inside.

Our Chinese friends, as it turned out, had booked a table in this place in advance and admitted that this was not their first time here – they like it, it reminds them of their homeland. By the way, as a rule, the Chinese go to expensive restaurants.

but not chains and popular with Russians, but their own, where their compatriots prepare food without focusing on European tastes. As a rule, Chinese students do not care about the price of meals in institutions, because those who come to study in Russia come from wealthy families.

On New Year’s Eve, we were treated to traditional Chinese Hugo soup, which we had to cook ourselves. Everyone was offered a choice of spicy and not spicy broth, which we put to boil on the stove and went to gather ingredients.

Hugo has a huge number of recipes, but we, as amateurs in this matter, on the advice of our friends, collected all the available ingredients on a plate: meat, fish, seafood, noodles, tofu, asparagus, mushrooms and other products that we didn’t even know the names of . At the prompts of our Chinese friends, we alternately boiled everything in the broth, then put it on a plate and ate it with sweet and spicy sauces and green onions.

If I like spicy dishes, then my Russian friends had a hard time eating soup with vigorous Chinese seasonings. Some even ended up leaving hungry, because even milk could not beat the spiciness.

The Chinese tried to teach us their sayings, of course, they could not do without obscene ones, saying which we amused them a lot. And we, in turn, tried to find out about New Year’s customs in their homeland.

Although the New Year is considered to be the time to spend with relatives, our friends were in no hurry to call their families as soon as it was 12 o’clock at night Beijing time (+5 with Russia).

But outside the windows of the restaurant there were several fireworks at once. We began to clink glasses and congratulate each other on the New Year, and the Chinese wish each other success in business, because many, even as students, develop their business here.

In parallel, the Chinese “Blue Light” or Chunam was shown in the restaurant.  In addition to the performances of Chinese show business stars, the program told about the life of ordinary Chinese, difficult professions, and the country’s achievements over the year.

By the way, they show not only positive emotions, but also negative ones. One of the doctors interviewed burst into tears because he would not be able to spend the New Year with his family and had to meet him at work.

Since it is not customary to sit at the table for a long time after the New Year’s Eve, and the rest of the visitors began to disperse, we also decided to leave the establishment and continue the evening. For dinner, which cost about 20 thousand rubles, the eldest of all the Chinese paid.

By the decision of our Chinese comrades, we went to their favorite tourist street Nikolskaya, where we went into the first bar that came across, which becomes a club at nightfall.

It has already been decorated in the best traditions of the Chinese home – red lanterns, golden inscriptions with the wishes of happiness and prosperity, fans on the walls and kumquats. True, there were no fresh flowers, which the Chinese are buying up eon masse on the eve of the holiday.

In the club, we took one of the tables near the dance floor and ordered a cocktail to start. The Chinese, like the Russians, love to drink, so the guys couldn’t manage with one glass.

With every passing hour, the degree of alcohol in the blood increased, many even went to dance under Tim Belorussky and Yugur Creed. By the way, the Chinese love Russian music and even know the words to the most popular songs. 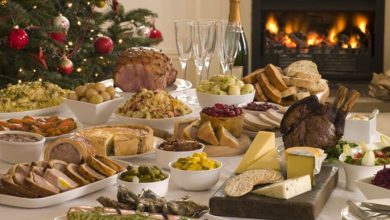 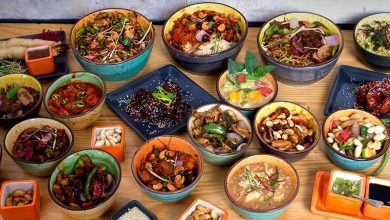 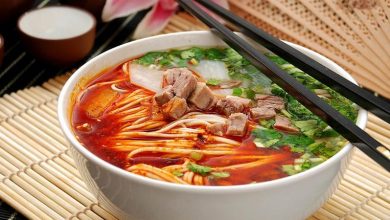 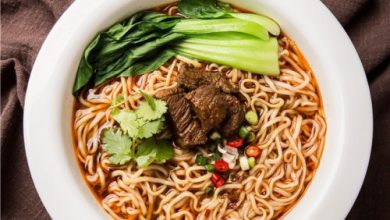