Along with French and Turkish cuisines, Chinese cuisine makes up the three main world cuisines.  Mandatory requirements are: careful selection of raw materials, fine processing, mastery of regulating the power of fire in order to obtain dishes of the desired aroma, taste and nutritional value.

Along with French and Turkish cuisines, Chinese cuisine makes up the three main world cuisines.  Mandatory requirements are: careful selection of raw materials, fine processing, mastery of regulating the power of fire so that the dishes turn out to be the desired aroma, taste and nutritional value. Historically, in different regions of China, their own local cuisines have been formed, each differing in its own characteristics, a set of dishes and snacks.

then you get all 10 cuisines. Guangdong cuisine is very diverse: dishes from river and sea products abound in it, dishes from birds and snakes are considered delicacies. Let’s name such famous dishes as hodgepodge and snake soup, fried shrimp, a dish of 8 “heirlooms”, mushrooms in oyster sauce, roasted pig with a crispy crust, etc.

Shandong cuisine is characterized by an abundance of high-protein and high-calorie dishes. An important place is occupied by soups and seafood dishes. For example, trepang with onions, turtle eggs, crab meat with shark floats, Ezhou chicken, milk soup with nuts, etc. Sichuan cuisine is usually cooked with red pepper.

Distinguish dishes with the aroma of fish, with a complex bouquet made up of 5 components, with a “strange” taste, with a bitter-sweet taste, with a sour-bitter taste, etc. Dishes such as “meat with a fish flavor”, “meat longboat”, “bear foot”, chicken with a strange taste, bean curd “little”. Yangzhou cuisine is common in Yangzhou, Zhenjiang, Huainan. The assortment is rich in freshwater fish dishes.

Special dishes include “palace” dishes (which were previously prepared for emperors), vegetarian dishes, Muslim dishes and healing dishes. It is hardly worth mentioning that palace dishes are prepared from selected products, through thoughtful processing, so that the finished dish has a precisely set palette of colors, aroma.

taste, etc. In addition, there is an element of position in the name of the dishes. Vegetarian dishes became popular during the Song Dynasty. Gradually, three branches of vegetarian cuisine emerged: monastic, palace and generally accepted.

liquid porridge with chicken, Shanghai naming steamed patties, fried patties, Guangdong walnut patties, crab stuffed dumplings, Sichuan glutinous rice flour dumplings, Dan Dan noodles.  Along with Chinese eateries, McDonald’s, Kentucky Chickens, and Pizzinaria eateries operate. In a word, for those who like to eat in China, there are rich opportunities to get acquainted with the original Chinese cuisine. Some travel agencies have even developed a Chinese Cuisine program for foreign tourists.

To cook longboat chicken at home, you need to cut 2 chicken fillets into pieces 2 centimeters in size. In a separate container, mix a tablespoon of soy sauce, a tablespoon of sesame oil and a tablespoon of sugar. After that, chopped chicken is immersed in the resulting mixture, mixed, covered with cling film and put in the refrigerator for 12 hours. For dressing, finely chopped 3 cloves of garlic, 6 hot chili peppers (which can be replaced with sweet peppers), white parts of a bunch of green onions.

A spoonful of olive oil is heated in a frying pan, on which a marinated fillet is laid out. The chicken is fried for 4 minutes, while the pieces must be constantly turned over. After the whole chicken is covered with a golden crust, it is laid out on a dish.

and garlic is first sent to the same oil in the pan until a specific smell appears, and then onions and peppers. The mixture is fried for another 2 minutes and sprinkled with hot cayenne pepper. Then put the fillet in the pan again, mix it with spices and cook everything together for another 4 minutes. 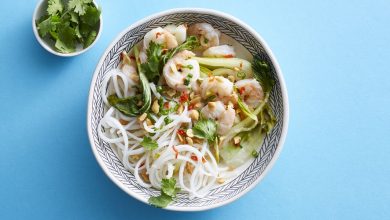 The most useful and healthy cuisines in the world 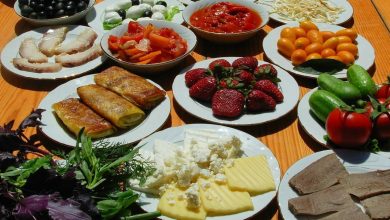