Turkish national cuisine is part of the heritage of the Ottoman Empire, whose possessions stretched over three continents. Recipes of dishes were formed under the influence of the Balkan, North African and Middle Eastern culinary cultures. During the Ottoman period.

the preparation and serving of food had special rituals.  Turkish cuisine is popular both among tourists and in other countries of the world, because it includes a wide variety of dishes, desserts and drinks, and recipes are made up of products that appeal to all tastes.

This is due to the dependence on the economic resources of the area and the abundance of the harvest.

The varied Turkish cuisine is famous for its long tradition. Snacking on the run, or eating alone is not accepted here. The whole family try to have a hearty breakfast. On a table beautifully served with small plates, you can see bread, eggs, butter, smoked sausages and cheeses, fresh vegetables and fruits, honey and jam, tea or coffee.

Turks love vegetables stewed with olive oil. The dish resembles an omelet with vegetables or scrambled eggs with tomatoes. To prepare it, you will need eggs, tomatoes, pods of hot or sweet pepper (as you like), salt and black pepper. Some put chopped onion or garlic in a blender. When the vegetables are sufficiently stewed, eggs are added to them. Europeans are more accustomed to eating such a dish with a fork, but if you dip freshly baked bread into it, it will seem much tastier!

The Turks are great craftsmen in the preparation of bread, they make it unusually tasty and fragrant. Multi-layered savory pies made from paper-thin dough are cooked in an oven. They use a variety of fillings: cheeses, spinach, spices, vegetables, fish, meat, mushrooms. From the same dough, you can bake small pies in the form of tubes fried in oil. To properly cook beret, you need special experience and skill.

Turkish bagel sprinkled with sesame, baked in the oven. Instead of sugar, some housewives use grape syrup. Simits can be eaten with melted cheese or chocolate spread. They go great with coffee or strong hot tea. The Turks believe that simit must be eaten on the day of baking. And the next day, the leftover bakery products are used as ingredients for preparing other dishes.

Green and black olives are always present on the Turkish table in the morning. Dried, marinated, pitted are laid out in different bowls. They are peppered, poured with olive oil and sprinkled with spices.

This dish requires a specia

Sausage made from lamb or beef can be hard, dry, cured or sweet. Thinly sliced ​​delicacy allows you to eat them without overeating. For piquancy, Turks generously add cumin, pepper and garlic to sujuk.

Before the main course in Turkey, light salads and snacks are always served. Although the Koran does not encourage the use of alcohol, the Turks allow themselves to drink a few shots of rakia. National grape vodka (“lion’s milk”), infused with anise, is diluted with water. Mezze is traditionally served with rakia.

The assortment may consist of feta cheese, chopped melon, bread, sauces made from garlic yogurt, pickled vegetables, fish, eggs, pies, salads, fried squid or mussels. After the mezze, the main course is served on the table, with which the appetizers must be combined.

Due to the use of oil and tomato paste, the dish has a beautiful bright orange hue. Cooked food is first laid out in small bowls, covered with a plate on top, and then turned upside down. Kysyr in the shape of a vase looks beautiful on a plate.

This traditional Turkish dish may resemble our kefir-based okroshka. It works great in hot weather. In addition to unsweetened yogurt, you will need fresh cucumbers, dry ground mint, garlic and salt. Yogurt should be diluted with cold water, then add the rest of the ingredients.

Soups have played an important role in Turkish cuisine for centuries. Therefore, it is not surprising that there are a great many of them. Recipes differ by region, characteristic spices and ingredients are used, as well as cooking methods.

At the beginning of the 20th century, in the southeast of Turkey, near the Syrian border, there lived a girl named Ezo.  Its main ingredient is a kind of sourdough powder made from dried dough. Soup is very easy to prepare: add water, broth, tomato paste and red pepper to the dried dough.

It is usually topped with sprinkled cheese. In rural areas, Turkish women still prefer to make their own tarhana, but this takes a long time because the dough has to be dried in the sun.

The dough is made from a mixture of garlic, onions, meat broth, tomatoes, fresh parsley, dill; dry mint with the addition of august, a special cream obtained from fat-free yogurt, fresh yogurt, fresh yeast and flour. 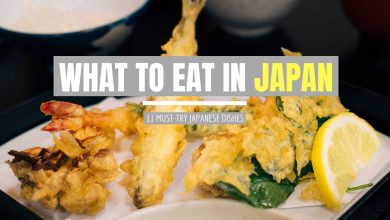 What to try in Japan 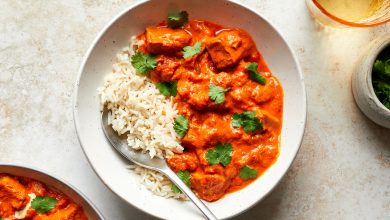 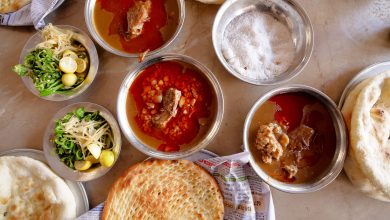 Exclusive, Indian cuisine, kebabs and low alcohol drinks: What will we eat (and drink) in 2021? 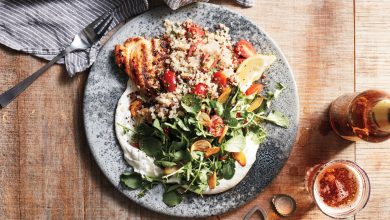 Foods to eat every day