Free office meals are a popular bonus for employees both in Silicon Valley and beyond. Google’s first chef, Charlie Ayers, got the job in 1999, creating menus for 40 employees with items like Roasted Pumpkin Chicken Curry. Soon every ambitious Silicon Valley company was forced to compete with the “food legend at Google.”

Over the past five years, Google has made small changes to its food program to ensure that employees not only enjoy the food, but also keep them healthy.

The company has taken a typical approach to the menu – iterative and methodical. She is conducting a big and ambitious experiment: how to nudge people towards healthier food choices.

The company is changing not only food, but also serving: reducing portions of meat dishes and desserts, and also redesigning the premises so that employees choose water and fruit instead of soda and M & M’s.

According to Michael Bakker, director of the global food program at Google, the goal is to make healthy food choices simple and preferable.

The results, although limited, are impressive, NetZero writes. Only in the offices of Google in New York 10 thousand people are fed daily. They eat 2,300 salads for breakfast, whereas no one ate them two years ago.

Consumption of seafood increased by 85% from 2017 to 2018, although Google is targeting more sustainable, but less popular species: trout, octopus, shellfish and cod.

Scientists, public health advocates, corporations and schools in the United States have long struggled to find reliable ways to improve American nutrition and motivate them to eat healthy foods.

Obesity is present in almost one in five children and one in three adults, which increases the risk of diabetes, heart disease and cancer.  Although traditional campaigns tell people what and how they should do, they do not change their behavior.

For example, since the 1990s, the National Cancer Institute and the US Centers for Disease Control and Prevention have been promoting the Five a Day Initiative to encourage people to eat five servings of fruits and vegetables every day. But only 13% of Americans eat the recommended servings of fruits, and 9% eat vegetables.

At the same time, the industry of corporate fitness programs grew to $ 8 billion, and the weight loss industry earns $ 66 billion a year – without any tangible positive consequences for employees.

Smaller plates, away from sweets: features and tricks of the Google experiment

Critics might say, “This is good for Google, but can its success be replicated?” After all, parent company Alphabet has a capitalization of $ 1 trillion, and Google has educated and motivated employees. But the good thing about Google’s strategy is that it’s simple, subtle, and repeatable.

The width of the buffet plates is not the standard 30 cm, but 20-25 cm, which limits the serving size. Vegetables always come first, so by the time the visitor gets to the meat and sweets, there is almost no room left on the plate.

Water with fruit, lemon or cucumber is everywhere, it is deliberately placed more than sugary drinks and ordinary bottled water. And a burrito on Google weighs 284 grams – 60% less than similar burritos elsewhere.

With small changes, Google has created a world for its employees without endless flour products, triple Whoppers and half-liter caramel Frappuccino’s.

“Google is trying to change the culture of food,” said David Katz, director and founder of the Yale University Prevention Research Center and president of the True Health Initiative.

In his opinion, this is the level that the United States must reach in order to permanently change the health and behavior of society.

What does food culture mean to Google?

Google did not set itself the goal of creating a “healthy eating algorithm” when it launched its nutrition program in 1999, but for the company food has always been more than a means of getting something to eat.

Google cofounder Larry Page launched the program in the hopes of creating “random encounters” – conversations during meals that might not happen and lead to new ideas and products.

Over the next 15 years, the number of Google employees grew dramatically, and the company had to expand its catering service from Athens to Singapore, and in addition to the talented Google chefs, it needed an experienced manager-operator.

In 2012, Google approached Michael Bakker, who has opened and operated restaurants in high-end hotels around the world for more than a decade in a row, and asked him to control corporate canteens. At first he laughed, but after talking on the phone he agreed. 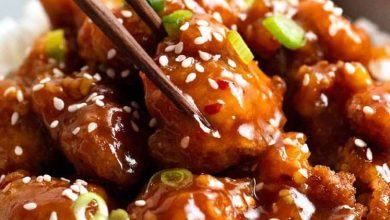 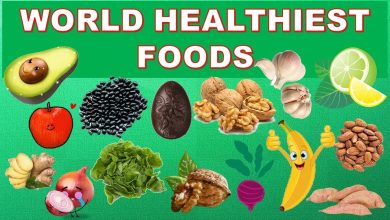 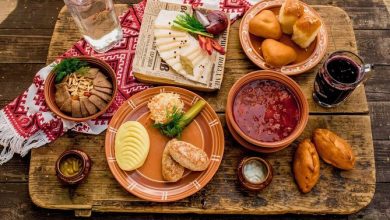 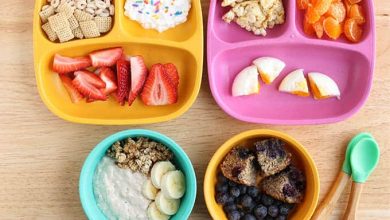